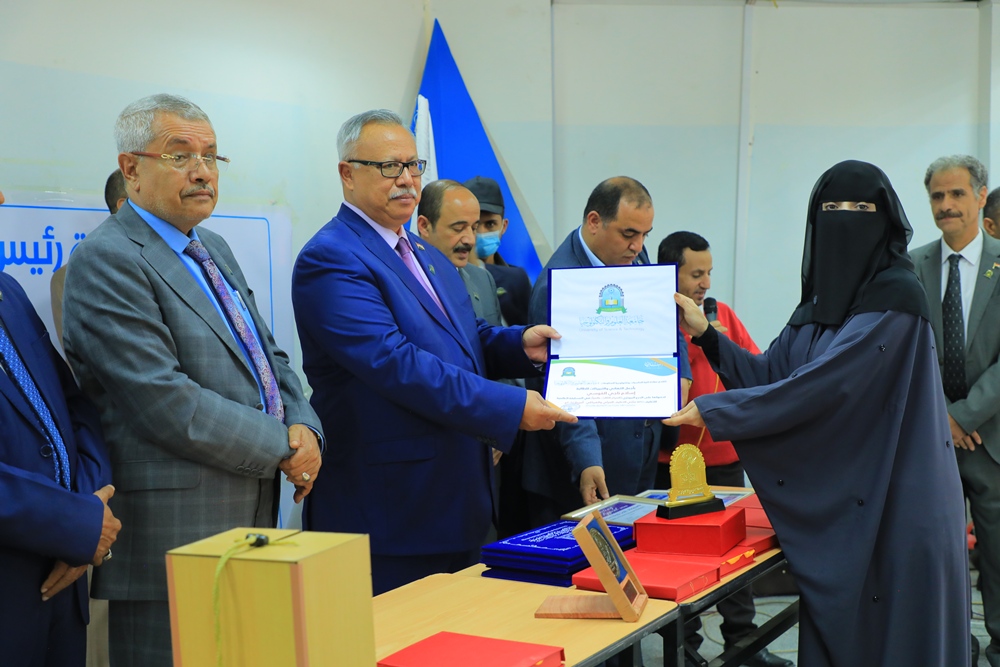 In an honorary ceremony, the Prime Minister. Dr. Abdulaziz Saleh bin Habtoor, along with the Minister of Higher Education and Scientific Research, Hussein Hazeb and President of the university of science and technology Prof. Dr. Adel Ahmed Al-Mutawakil honored today  a number of  students who won international and Arab awards in the field of design and packaging. This event came in the sidelines of the inauguration of the academic year 1444 AH, which coincides with the adoption of the beginning of the year Hijri 1444 AH, a university year in the Republic of Yemen.

In the event, the students in the Graphics Program at the College of Computing and Information Technology, Islam Al-Qawsi, was honored with the university’s golden shield and a sum of money for winning the third place globally in the global competition for design and packaging organized by the World Packaging Organization (WPO). 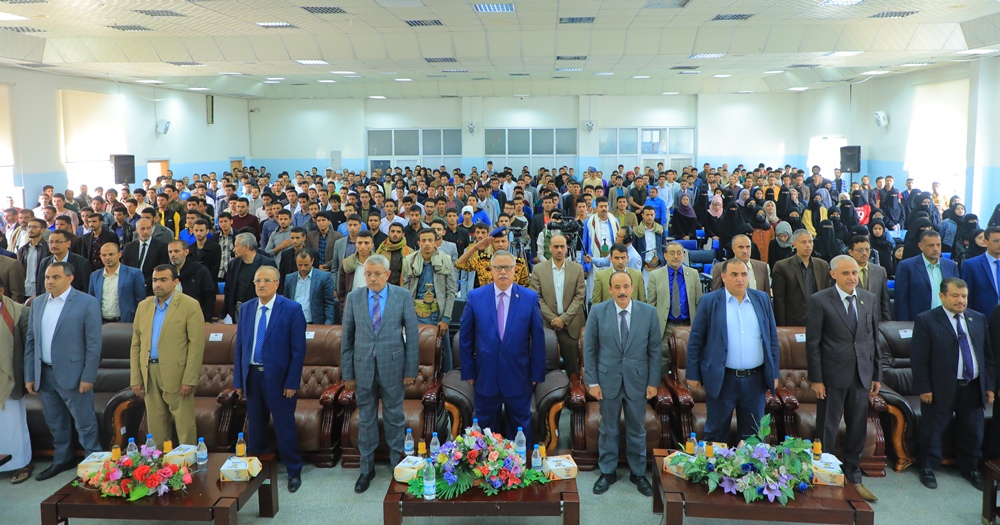 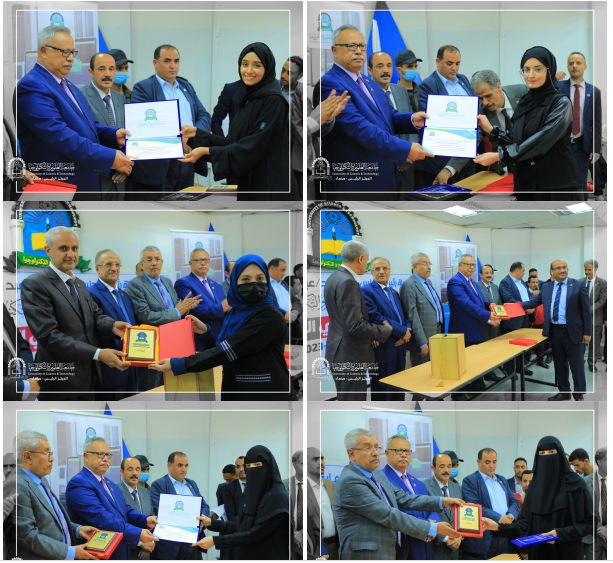